The Cost of Milk and Child Poverty. 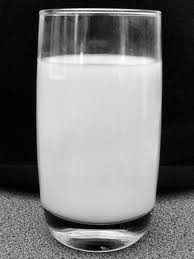 Chris Farrelly, CEO of Manaia Health, presented some worrying statistics on Nine to Noon this morning and and shared some shocking stories about child health in the northern region he has responsibility for. He talked mainly about child poverty and the lack of commitment in this country to really look after our children.

Kathryn Ryan sharply questioned him about the causes of poor child health and suggested it was just poor parental choices and that we had adequate welfare support. Chris explained how low wages, high housing costs and inadequate benefits limited choices. It is generally considered that it is reasonable to spend 1/4 of one's income on food but many poor spend over 80% and then struggle with rent and other living costs. With benefits and wages falling behind inflation, and food costs largely driving that inflation, poor families are in a no win situation. At least 25% of our children currently live in homes experiencing a degree of poverty and a two day conference was organized last year in an attempt to address the issues. New Zealand's shocking position at the bottom of the OECD (24th out of 25) for child health and welfare was a major determiner for organizing the summit.

Apparently only 10% of our dairy production remains in the domestic market and the prices we pay reflect those overseas. Milk consumption has dropped by a third since the 1980s and many parents are buying soft drink because it is cheaper, positioned prominently in shops and more attractive than water. Chris's shocking stories of children under five having all their teeth removed was bad enough but the commonality of this occurring in his region was horrifying.

There was a time when supporting our children was a high priority in New Zealand and at one time we had free milk in schools, dental clinics at every school, thorough immunization programmes and a well funded Plunket service. Over the years we have seen family support fall in real terms, dental clinics dismantled, immunizations levels fall, healthy food in schools not directed, funding to early childhood education cut and a huge increase in income inequities. Poor health in children leads to ongoing health costs as they progress into unhealthy adults, a poor start in life can never be rectified.

I thought Chris's final remark particularly powerful, ".....when we know and do nothing, we are complicit!"

The City is Ours said…
I have lobbied the Prime Minister John Key ever since he took office and asked his government to introduce compulsery subsidized milk programmes in low decile primary schools as a result of falling sales of milk due to cost.

On the 28th of February 2011 I received a letter from the Minister of Education Anne Tolley suggesting schools could use their operational funding at their discretion therefore it was up to the individual school boards to provide school milk for their students.

United Nations Right of the Child:

Article 3.3 State Parties shall ensure that the institutions, services and facilities responsible for the care or protection of children shall conform with the standards established by competent authorities, particularly in the areas of safety and health.

I suggest this option would go down like a led balloon for School Boards already struggling on limited budgets, and therefore stays out of reach of children who need a daily dose of milk to grow healthy bones etc. with all the benefits associated long term.

bsprout said…
Maria, this government is reluctant to lead any change that results in positive social or health outcomes unless they can see immediate economic benefits. If only they could look longer term at the financial consequences of not supporting our children when in need. National keeps passing the buck onto parents and schools but not giving them the money or resources to do anything.

I hope you don't give up your lobbying as your cause is as worthwhile as the fruit in schools scheme that was very successful before they cut the funding.
April 19, 2011 at 10:56 PM