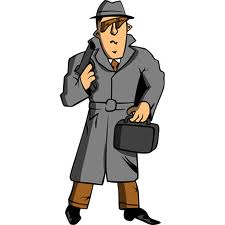 I am sorry to say my rise up the Green Party list may be hampered by my lack of effectiveness in standing up for human rights and the environment. The true evaluation for any environmental and human rights activist appears to be the size of their SIS file.
When it was revealed that Keith Locke had been under surveillance since the age of 11 and both Sue Bradford and Catherine Delahunty had impressive files, the status in having one was immediately established. I had always thought that my 35 years of involvement in fighting environmental degradation and supporting human rights, including my public battles with Norman Jones (ex-Invercargill MP and well known homophobe and anti-socialist) in the early eighties, had been noticed. The fact that I used to subscribe to both Time and a Soviet monthly must have also attracted attention, especially as I always found the envelope containing the latter had been tampered with. After enthusiastically sending away for my file, I was brought down to earth by the reply. I received a letter to inform me that the SIS had no file dedicated to myself, but there was the diplomatic suggestion that there was a possibility my name may appear in other's files.
To some extent the operations of our Secret Intelligence Service has been treated as a bit of a joke. Its credibility has been questioned since the legendary "Pie and Penthouse" incident in 1981 and subsequent activities have revealed an obsession with environmental groups and human and Maori rights activists. The SIS is supposed to support the security of our national interests and the safety of New Zealand citizens, but the track record of the agency reveals the opposite. In most of the high profile cases the SIS appears to brush aside the normal rights of personal privacy so that it can spy on those who are attempting to expose actual threats to the fabric of our society and environment and often the inadequacies of the ruling Government. Sadly when a real threat to our nation's sovereignty has occurred, as in the Rainbow Warrior incident and when Mossad was found to be acquiring NZ passports for illegal use, it was the police who found the evidence.
For those of us who haven't been the subject of SIS attention it is easy to dismiss them as inconsequential, however, for all of those who have been subjected to their intrusive attentions the experience has been highly upsetting and disruptive. Greater public scrutiny would have mitigated the excesses of past activities and there would have been no loss of national security had this happened. To insist that all submissions to the Security Intelligence Service Amendment Bill needed to be dealt with in secret is just another appalling joke and will allow a continuation of the status quo.