A Dairy Story with a Happy Ending! 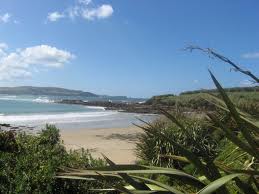 While dairying is an industry that generally deserves the bad press it receives, there are moments when something positive bubbles up through the effluent.

The Editor
The Southland Times

Dear Sir
Two years ago I had strong objections to the dairy conversion that was proposed for a farm near Curio Bay. I felt it was an inappropriate activity to exist in an area reliant on tourism and the pristine nature of the marine environment. There were many other submissions objecting to the conversion at the time, especially when there was wide mistrust for an industry that appeared to ignore the negative environmental impacts it was causing. When consent was given for the conversion I was extremely dismayed and felt sure that, despite the stringent guidelines that were set in place, there would be serious consequences.

When the Environment Southland’s environmental awards were announced on Friday I was pleasantly surprised to see the same farm “South Coast Dairy Ltd” listed as a winner. After so much negative news regarding dairying recently it was especially good to hear a good news story and particularly around a farm that began its life under a cloud of controversy.

I would like to congratulate Chris and Lynsey Stratford for their genuine commitment to doing things properly and even enhancing the farm’s natural environment. Chris and Lynsey have demonstrated clearly that the impacts of dairying can be managed far better than is happening on many other farms and I hope others will follow their example.


An article and a news report on Chris and Lynsey's achievement.