The Facts Around the Fracking Frenzy 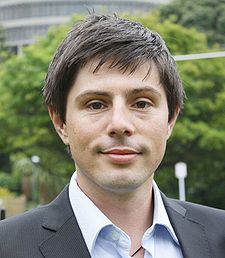 Over twelve months ago very few New Zealanders had heard about fracking and now it is becoming one of the most hotly debated issues involving a good deal of emotion. Gareth Hughes has become the face of the opposition to fracking and has had to endure some fairly strong personal attacks from right wing bloggers and even the Taranaki Regional Council have seen fit to openly criticize him.

With L&M looking at the potential of fracking in Southland the issue is becoming something closer to home. While the industry claims that the process has minimal environmental effects it was recently revealed that some worrying, uncontrolled fracking has already occurred in our region. In 1995 two fracking wells were set up just south of Ohai, resulting in a toxic mix of chemicals (mainly formaldehyde and coal residue) being poured into a nearby stream.

The Minister for Energy and Resources, Phil Heatley, and the former Conservation and Environment Minister, Nick Smith,  have been very dismissive of Gareth Hughes' attempts to get a moratorium on fracking until the Parliamentary Commissioner for the Environment releases her report.

Nick Smith even felt compelled to write an opinion piece, that featured in a number of newspapers, claiming the opposition to the industry was "a lot of fracking nonsense". While admitting chemicals are used and small earthquakes are caused by fracking he explained that the environmental risks were minimal, especially if there were proper controls and monitoring. While his claims were largely factual he has down played the realities and mentioned some things that are basically untrue (Bryan Walker questions the accuracy of Smith's claims in his post on Hot Topic).

While the natural gas extracted by fracking produces half the emissions of coal at the point where it is burned there is a lot of gas released during the retrieval process that is unaccounted for. When you combine the uncaptured gas with what is burned the climate change impacts are actually similar to coal.

Heatley and Smith have also claimed that if we didn't frack then we will kill our geothermal industry, this is factually incorrect. Gareth's enquiries have revealed that fracking isn't used here at all to extract geothermal energy.

Taranaki woman, Sarah Roberts, has been chasing the Taranaki Regional Council for over a year and found they do no monitoring, they rate fracking jobs as compliant when their own reports show they have not complied on a number of counts, and they appear to accept the industry's word for the safety of their operations.

In the US, where fracking is most prevalent, insurance companies refuse to insure the industry and the EPA has launched a number of investigations into its environmental safety. Gareth Hughes has done an excellent job of raising real concerns about the known environmental effects and the potential damage caused by an uncontrolled industry.

Dr Jan Wright has agreed to write a report on fracking in New Zealand and her respected independent view will be necessary to sift fact from industry spin and bring some sense to the issue. The Commissioner may even come out in support of the industry and we must be prepared for that possible outcome. Whatever her decision, it is already patently clear that without proper independent monitoring of the industry there is potential for poor practices to occur that would result in environmental damage and negative effects on people's health. This is not an industry that can be relied on to self regulate. 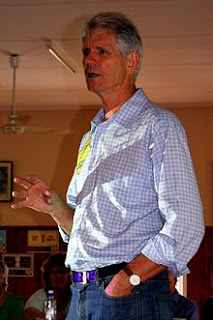 Drew Hutton is a widely respected Australian environmentalist who has campaigned successfully on managing toxic waste and he is now focussing his energies on fracking. This has been mainly a battle being fought by Australian farmers and Drew's "Lock the Gate" campaign has brought an awareness of the issue to those living in urban areas.

Anyone who wishes to hear a non industry perspective on fracking should attend one of the following meetings during Drew's New Zealand speaking tour: