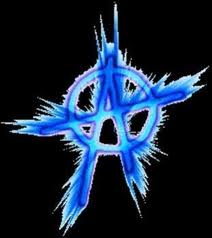 Eric Roy is my local MP, he is one of National's more prominent Blue Greens, he supports the science behind anthropogenic climate change and I find him more knowledgeable than many regarding alternative energy. I bumped into him this evening as we boarded a plane to Invercargill and used the opportunity to get his opinion on the Fiordland monorail and Hollyford Tunnel proposals. Eric was quite candid in expressing his views, and while he didn't claim to outright oppose either project, he questioned their economic credibility.

I have heard from engineers (with tunneling expertise) that the $160 million that Milford Dart Ltd (MDL) have estimated the tunnel will cost, is substantially underdone. Even if this was the cost of creating the 11.3 kilometre bus only tunnel, it is difficult to imagine how this expense could be recouped by tourist buses alone. Of course there will also need to be the added cost of substantially upgrading the roads at either end and considering this work will be supporting private profits, I can't imagine rate and tax payers being comfortable in footing the entire bill.

Eric also questioned the profitability of the monorail, although they are well supported as a solution in urban environments where they will receive concentrated use, they are less common in natural or remote environments. Bill English has also expressed some doubts around the likelihood of either project being successful.

Our local National MPs appear to be relying on their Party's philosophy of leaving the market to decide on issues of national and environmental importance. To me this is a reprehensible position to take on so many levels. National have deliberately changed the culture and intent of DoC's management of our conservation estate. When the management plans for our National parks were once able to dictate everything that occurred or was proposed in those environments, it is longer the case. The tunnel and monorail projects would have been immediately rejected a few years earlier, but not so under National's influence.

The National Party fails to understand New Zealand's historic commitment to preserving these natural environments and the justification for their World heritage status and there is no appreciation of their responsibility to show leadership in support of them. The market has no place in determining the value of a natural landscape over commercial gain, this is the government's responsibility on behalf of all New Zealanders and future generations.

It is unreasonable to give business interests false hopes and allow them to waste much time and money in planning and investigating a commercial proposal if there is not the slightest possibility of it being realized. It is doubly unreasonable to place local communities, and those who value our natural heritage, under the unnecessary stress of believing the places they value are under threat. The Glenorchy and Te Anau communities have already invested much money and time in campaigning against the projects and there is growing concern from those who marched against the mining of Schedule 4 land.

When our collective energies should be directed at supporting our 100% pure brand and focussing business capital on projects that will actually add value to our economy, this National led Government is allowing commercial and environmental anarchy to exist instead.

bsprout said…
You are right, Anonymous, I just happened to be reading an article using anthropomorphic not long before I wrote the post. Anthropogenic means caused by humans while anthropomorphic means resembling humans or human like. I've actually corrected someone else for using this term then used it myself. Thanks for pointing it out.
August 6, 2012 at 9:09 AM