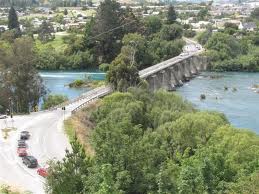 Gerry Brownlee has already admitted that the investment in the Roads of National Significance (RONS) is largely based on his belief that they are a good idea, not because of research or cost/benefit analysis. Investing over $12 billion in motorways that fail, or barely survive, economic analysis has resulted in sucking funds from more deserving transport infrastructure investments.

Local councils are struggling to maintain rural roads and yet when you compare a region such as Southland with the Holiday Highway the economic argument in giving the motorway the priority just doesn't stack up. The motorway provides few economic benefits yet the rural roads of Southland support 11% of our export returns. Southland's rural roads are constantly being used by milk tankers, logging trucks, stock transportation and servicing and supporting the tourist industry. This roading network is an essential part of the nation's economic success and to underfund them is already having negative consequences. 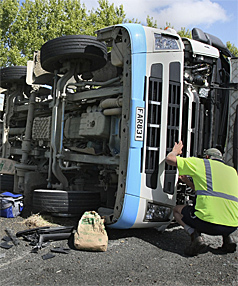 Queenstown is New Zealand's biggest tourist magnet and yet it has been just announced that there is no money to build the much needed Kawarau Bridge and construction will probably be delayed for a number of years. There are currently long queues at peak times as cars, trucks and tourist buses attempt to use the one lane, historic bridge. 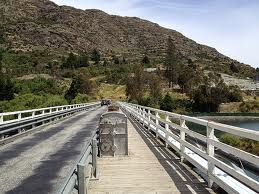 I generally criticize the spending on roads because of the lack of investment in rail and public transport and yet here is evidence of bizarre priorities even within the roading allocation.

Armchair Critic said…
The RoNS are a terrible waste of resources, and I suspect it would not be too difficult to turn them into something that National regrets they ever thought of. Julie Anne Genter is doing a good job so far.
As I've said elsewhere, I don't mind the quantum of work on infrastructure, but the distribution of funding is appalling.
September 3, 2012 at 10:29 PM

bsprout said…
I agree Armchair, I sometimes wander if the funding goes to the roads that National's wealthy mates would like to have done. I have estimated that around $2 billion was spent on luxury cars last year and it must be frustrating when ones Lamborghini is stuck in traffic. Southland's roads are well down in the roading priorities.
September 3, 2012 at 10:47 PM

Armchair Critic said…
"Southland's roads are well down in the roading priorities"
Yet your electorate MPs have blue ribbons and have spent the last four year in government. In places like Southland the RoNS are potentially a big vote loser, with well constructed messages about money being funnelled up to the big cities up north.
September 3, 2012 at 10:52 PM

Shane Pleasance said…
Mr/s Critic, you are not suggesting that 'ticians make allocation decisions based on staying in power? Surely not!
September 4, 2012 at 2:50 PM

Armchair Critic said…
While I am suggesting other things as well, the short answer to your question, Shane, is "yes". That's exactly what I'm suggesting.
I have a question for you, but I will ask it on the appropriate post (the unemployment one, IIRC)
September 4, 2012 at 2:57 PM

Shane Pleasance said…
Mr/s Critic, your question, a refreshingly good one, has been answered. At least commenced in answering.
September 4, 2012 at 10:34 PM

Shane Pleasance said…
Such a busy piece of road, with the government being so broke - sounds like a great time for private ownership.
September 5, 2012 at 9:40 AM

bsprout said…
No need for that, Shane, it's just a case of reprioritising the $12 billion that they had already tagged for roads. The money is apparently there it's just not being spent wisely.
September 5, 2012 at 11:01 AM

Shane Pleasance said…
Assuming they do have the money (and remember, governments only have what they take from us), allocating some of that money to a tourist resort in the South is good for revenue from tourism?

Or good because it is infrastructure expenditure?

Or both?
Or neither?