Dirty Dairying and a Solution. 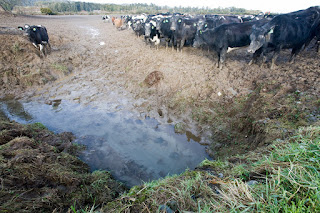 There have been lots of emotive letters to the Southland Times recently, regarding the extra rates being placed on dairy farmers by Environment Southland to deal with the growing external costs of the industry. Many are accusing dairy farmers of trying to shirk their responsibilities and others complaining of an unfair burden of responsibility when it is their financial neck on the line. I have written my own letter suggesting a way forward that recognises responsibilities and rewards positive action:

Around 7 years ago, when the dairying boom was in its infancy, Lincoln University research (Peter Tait and Ross Cullen) showed that the external costs of dairy farming in the Canterbury Region came to at least $30 million a year. Most of this was being absorbed by local ratepayers and tax payers. I am sure the external costs are much greater now and the Government has supported further dairy expansion by subsidising irrigation in the region by $80 million in the last budget. Dairying is probably New Zealand's most profitable industry at the moment but there have been some serious environmental consequences through its expansion. Around 80% of our lowland rivers are now badly polluted and while dairying isn't the sole cause, it is a significant one.

Environment Southland are under some pressure from central Government to improve water quality in Southland after we recorded some of the worst levels of degradation in New Zealand and have internationally important environments, like the Waituna Wetland and our estuaries, close to  environmental collapse.

I attended the Southland Federated Farmers AGM recently and have been listening to the concerns of many farmers for some time about the pressures of environmental compliancy and the "Dirty Dairying" label that has hit good and bad farmers alike. I have been grateful to the likes of Russell MacPherson who has taken time to explain the farmers' perspectives to me. The industry, including Fonterra and Dairy NZ are now doing some positive things to clean up farming practices. I sympathize with those farmers who feel that they are meeting all their environmental obligations, and more in some cases, and are having to shoulder the costs of those who are consistently non-compliant.

I would like to suggest that Environment Southland, Dairy NZ and Fonterra work out a way of producing an independently moderated system to regularly assess each dairy farm and give it an environmental compliance rating. In this way good farmers could receive some sort of financial recognition for their efforts to do the right thing and those who are non-compliant would then pay a greater share of the costs.

We should be recognising the best in the industry while ensuring that those who are letting us all down with their practices, quickly lift their game. How about it? 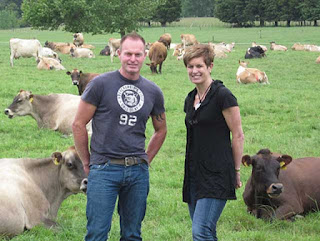