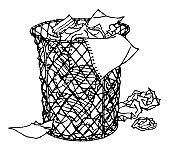 Two articles in the Sunday Star Times caught my attention this weekend that highlighted, yet again, a worrying culture that has developed under this Government. The autocratic nature of our current Ministers has meant there is little acceptance of advice or research that conflicts with decisions being made or processes being used. I am concerned that the advice being ignored is probably correct and, by not heeding it, much economic, social and environmental harm will result.

Tracy Watkins exposed the bizarre treatment of a respected Washington Lawyer from the US Department of Homeland Security who decided to use a sabbatical to write a thesis on New Zealand's border control. Craig Lebamoff (I couldn't find a link to the more detailed article) found the full weight of New Zealand's Government and secret service rounded on him when he released a draft for comment. The Ministry of Foreign Affairs immediately warned him that they "wouldn't be responsible for the consequences" of the report's release and the SIS also accused him of releasing secret information and informed him he would be under investigation. This was despite the fact he had it checked by lawyers employed by NZ Customs to insure that all the information he had used was publicly available. Those within Customs who had worked with Lebamoff couldn't understand what the problems were and had been warned not to talk to the media.

Lebamoff found that, despite no earlier issues with customs, he had his building access revoked and materials seized. Customs were suddenly claiming that his report was "of very poor standard" and contained incorrect information. Former Prime Minister Jim Bolger was even brought in to mediate a solution which involved an agreement not to publish and not to take legal action against the New Zealand Government (or Fulbright NZ who had provided him with the prestigious fellowship that enabled the research).

The heavy handed, negative treatment of Lebamoff seems very similar to that received by Canadian Justice Ian Binnie, whose report was publicly dismissed as flawed by Justice Minister Judith Collins when it contained recommendations that she didn't agree with. In both cases they are men who are respected within their own countries for their legal knowledge and skills, who had been employed to do a job for us and yet, on completion, were publicly humiliated. Both Lebamoff and Binnie had conscientiously sought local advice on the factual accuracy of their reports and it was only when the Government became aware of their unwanted conclusions and recommendations that they received a negative response.

It is one thing to publicly ridicule the ability of local experts who express views that conflict with the Government's,  but to subject overseas experts to similar treatment is just as rude and arrogant as Aaron Gilmore's treatment of a Treasury official who dared question him.

It will be interesting  to see how the Government will react to Ruth Herbert's independent report (mentioned in the second article that caught my eye) on child abuse and domestic violence, funded by Millionaire Owen Glenn. Almost everything the Government is currently doing has been questioned by Herbert, who claimed that we were "far from the cutting edge" in dealing with these problems. She has listed a number of serious flaws with our current systems and chose to highlight the recently wiped child advocacy services, as these were (in her opinion), the best method of supporting vulnerable children.

I just hope that Herbert's findings don't join the many other reports that find themselves dropped into the round filing cabinets beside Ministers' desks, just because they don't fit the Government's predetermined view. Rather than address the facts and conclusions directly it seems much easier, and possibly more effective, to question the competency or motives of the writer and bin the document.