New Zealand is Not a Caring Society 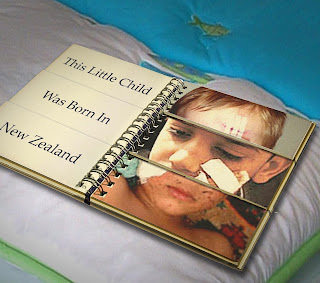 The statistics and the constant news stories about abuse and neglect ('Boy left to eat grass at horror home') reveal an aspect of New Zealand society that most of us refuse to accept. We may like to think we are a civilized and developed nation, however many poor, developing nations do a far better job of caring for their children and elderly than us. Amongst the developed nations we rank 29th out of 30 OECD countries for child health and safety.

The Government deals with our appalling statistics by attempting to hide the reality. While they are adamant that we should be able to measure and compare the academic achievement of children so they can target resourcing they refuse to do the same for child poverty. Despite the opposition constantly  explaining that we can't deal with a problem unless we understand the extent of it, Social Development Minister Paula Bennett refuses to define or measure poverty. Obviously if this was done the Government would have to admit it exists and their success in dealing with it would then be measurable. There used to be a five yearly report on the state of our environment and the Government had to shut this down before it revealed the extent of our environmental decline.

This Government believes that the best way to provide better social services is to shift the responsibility to the private sector and then trust them to place the needs of those in their care as their first priority. When the private sector becomes a care provider it has to both win tenders and make a profit. Efficiencies and cost cutting are needed to be both competitive and to provide a good return to shareholders. Because these sectors are heavy in human resourcing it is wages and salaries that are often the area that is managed most tightly.

Even when the Government increases the funding to private providers so that wages can be increased, there is reluctance to do so. Most of the reported failings within caring institutions are because of staffing shortages and a lack of skill and knowledge. When poorly trained and unqualified people are given responsibilities beyond their ability, the inevitable happens, and the shocking reports in the media continue to occur.  It is not that caring institutions aren't profitable, one of the richest men in New Zealand, Kevin Hickman, grew wealthy from the aged care industry (his personal wealth increased by $15 million last year). If he personally donated $10 million of his increased wealth (still keeping $5 million) he alone could provide 10,000 workers with an extra $1,000 in their pay packet.

If you also cut the funding to Government departments, whose responsibility is to vet and monitor all care institutions, then many abuses will go undetected for some time. Even if poor standards are identified and regulations are tightened, there will be little change unless wages are increased to attract the best qualified people and appropriate training and support is provided for those already in the job. The job of a carer in New Zealand  should be a recognised career and should have greater status than a kitchen hand. There is no career structure within the occupation and little recognition for skill and experience, no matter how long you work as a carer you are still unlikely to earn little more than the minimum wage. The value we place on a job is reflected in the pay and the resourcing provided. If we truly cared about our most vulnerable children and elderly we wouldn't pay those who care for them at the most minimal rates.