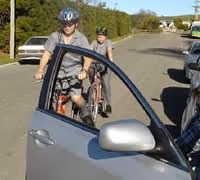 This National led Government is strong on providing greater choice for New Zealanders (or so they claim) but when it comes to transport, it seriously fails. Under this Government the preferred mode of transport is cars and each budget ensures that it remains so. 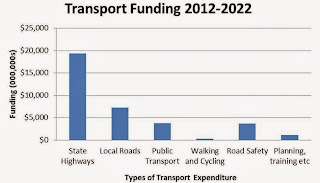 While I do drive a car and appreciate well maintained roads, the $12 billion dollar obsession with building motorways of dubious benefit is a concern. When I travel overseas and experience sophisticated European cities I become aware of how limiting New Zealand is for those who wish to cycle, walk or use public transport. In the 1970's Holland decided that they wanted towns that were safe for children and all cyclists and ensured that separate cycle paths were built, well removed from motorized transport. 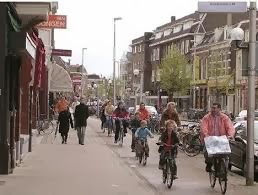 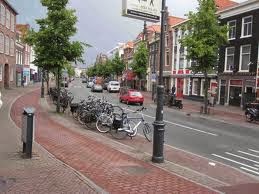 In the 1950's cycling was the most common form of transport for getting to work in Invercargill and it was actually cyclists who forced the City Council to properly surface all the streets in the city. 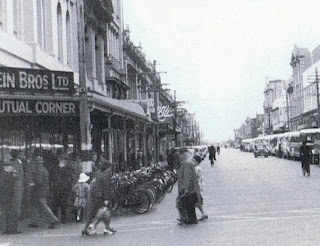 The Tour of Southland cycle race is the longest running cycling event in New Zealand, our velodrome is an internationally recognised facility and yet it is probably not safe for a 10 year old child to cycle to school. We do have cycle lanes painted on roads, but a painted line is no protection from opening car doors or inattentive drivers. Only 23% of all accidents involving bicycles is the fault of the cyclist according to national research. Since 2008 we have had almost 1,000 cyclists seriously injured and  53 deaths, most of which could have been prevented with properly designated cycle lanes.

With one million New Zealand adults now deemed obese we need to have a serious look at how we live our lives. Children are now brought up to think that a car is the logical way to travel short distances and one of the busiest times on our roads is when children are being delivered and picked up from school. Making cycling safe and convenient will remove large numbers of cars from our roads, reduce the need for so many parking spaces in our cities, allow children to be more independent and make us a much healthier society. The initial expense of building proper cycle lanes will be quickly recovered from savings in health costs and a drop in the demand for imported oil.

It is a real pity that we don't have a Government that has a strategic approach to transport funding and is committed to providing real transport choices that most developed and sophisticated nations already have.

Unknown said…
Slightly off tack but I have often thought what could Invercargill brand itself as or with. Oamaru has the penguins, Kaikoura the whales, Gore the trout and so on. Invercargill has dabbled with the water and light and where dreams come true but in my mind neither fit even close with what Southlander's are about. However a guest who has been spending some time around various parts of Southland and looking at the unusual spots has come up with something which I think we could well build on and it would be unique. His perception was we are the people who celebrate the wheel. E Hayes, Thornbury Vintage Museum, Edendale Crank up Day, Tour of Southland and soon the Bill Richardson truck Museum. The wheel was one of the worlds greatest inventions and we seem to have a natural affinity to it down in the south. I have thought long and hard about what could set Invercargill and Southland apart and reckon this person has hit the nail on the head. We all like thinking back on the good old times and most of what we think about had something to do with the wheel. train trips, bus trips bike trips etc etc. Even when we think about how our farmland was developed with ploughs that had land wheels. Sits well with our get the job done type southern bloke. Even the sculpture park in Anderson Park could have the wheel theme which would challenge artists. 2014 the year of the wheel perhaps
December 31, 2013 at 10:10 AM

bsprout said…
Philip, I think you are on to something with that I idea. We were also one of the first towns in NZ to have a train and Pither built one of our first planes in 1910. Imagine the money that would come into town if we spread celebrations of different transport forms across a year.

I must admit I am most keen to develop the cycling as a year round focus and everyday transport.