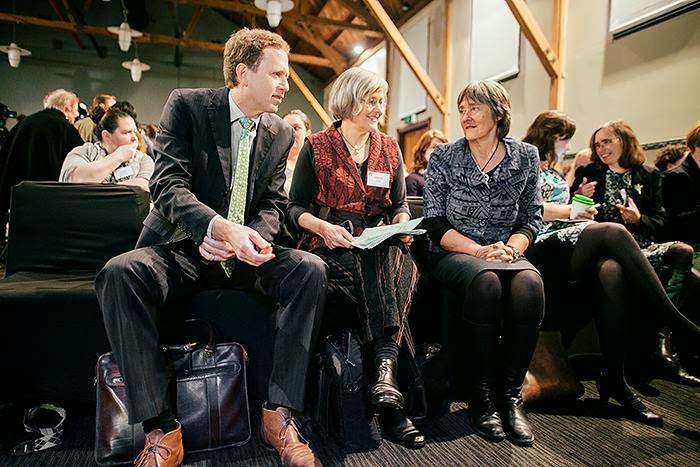 
If anything, Labour's rebuff of the Greens' offer in April for the two parties to campaign more co-operatively has made the Greens even more determined to make it impossible for Labour to give them the cold shoulder. Having raised more than $1 million to fight the election, the Greens are confident they can win more seats - which means more slots in the Cabinet and more action on Green "priorities".

The rapturous reception given the unveiling of a new priority - a carbon tax on polluters which turns into a "climate tax cut" for households and business - threatened to lift the roof.

In one deft stroke, the policy has the Greens saving the planet, helping the poor, giving big carbon users an incentive to be more efficient, while stimulating investment in more sustainable industries.

Best of all is that they can go into the election claiming they are the only major party (so far) promising specific tax cuts. Take that, National. The Greens can play your game too.


Our Campaign Conference in February this year, and the AGM and conference just completed, marked a new era in our Party's history. Both conferences were well organised and extremely professional in experience and image. Andrea Vance even expressed the view that the Greens now appear mainstream through our recent policy releases and our image.


Now the Green machine is so slick, so corporate, the best I could come up with was an animal print-mohair waistcoat.


If being better financed and more professional means mainstream, then I can accept that, but our policies have changed little since I was first a member. What is probably different is how we are now able to express them into well costed and achievable packages that support our broader progressive strategies. It is great to see that most of our specific policy announcements are being well received and hard to criticize. Our 'Climate Tax Cut' policy will probably receive the strongest opposition from those who have benefited from the broken ETS and the Government's carbon credit subsidies.

The other difference in the last conference for me was the fact that I made the top twenty of our candidate list and becoming an MP is potentially achievable. On the last day those of us who are not MPs, but will become so if we break 15%, were given the opportunity to speak on something we care about within our country and what we hope to bring to parliament. This is what I said:


Some years ago I overheard someone say that the problem with this country is grey haired men in suits who sit around in Koru Lounges. The other day I happened to be sitting in a Koru lounge, in my suit, and remembered what I had heard - for the women who said it, I’d love to reassure her that, while I may fit that description at times, I see myself as part of the solution.

I am a third generation teacher and I am proud of my profession and the public education sector I have worked in for over thirty years. Our public education system has been led by some amazing visionaries and been globally recognized as world leading for over 70 years.

In my grandfather’s time Clarence Beeby was the Director of the Department of Education. His vision of a system that was responsive to the range of children’s abilities and providing teachers with the skills to recognize and develop them was revolutionary. His opposition to undue centralization and conformity to the old proficiency assessments provided the foundation of our current system. UNESCO recognized his contribution to education and he was a foundation member of the Order of NZ.

In my father’s time Marie Clay gained international recognition for her Reading Recovery programme that has been adopted by many other countries and is still used today.

I myself am proud to have had a small part in writing our wonderfully child centred National curriculum, led by Mary Chamberlain, that has a holistic approach to teaching and learning that keeps true to Beeby’s vision. I also was part of the team that revised the Ministry’s Individualized Education Plan or IEP document that endeavours to make our curriculum and education system accessible to all children no matter what their needs, circumstances or disabilities.

Under this Government our wonderful public education system has been under considerable attack through the introduction of failed neo-liberal ideas from other countries. It is still hanging in there but is severely battered and bruised and our teachers and support staff are becoming more demoralized by the day as they desperately try to protect our children from uncaring policies and diminishing resources.

I do not understand why this Government wants to always be a follower rather than a leader on the world stage and why they do not recognize the depth of educational talent we have in New Zealand. Prof Martin Thrupp’s internationally recognized research on National Standards revealed their damaging consequences to school cultures. Many may not realise the ongoing efforts of fellow candidate Jeanette Elley’s father, Prof Warrick Elley, to defend our education system. Martin and Warrick are but two of many local education leaders that the Government should have turned to before looking elsewhere.

Our education system is not failing our children, it is poverty, inequity and shocking living conditions that create the real barriers to their learning. That is why I 100% support our school hub policy and why National’s plan of creating an ‘Executive’ class of principal, earning an extra $50,000 a year won’t address the real issues.

While I acknowledge that paramount global crisis is climate change, I also want to be a champion for our quality public education system. If I am elected as an MP that is my commitment to you. 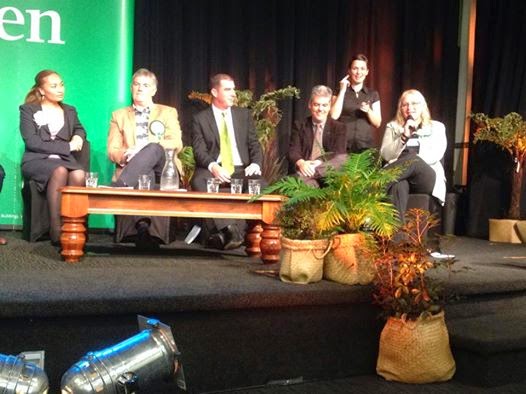 Some other images from our Conference: 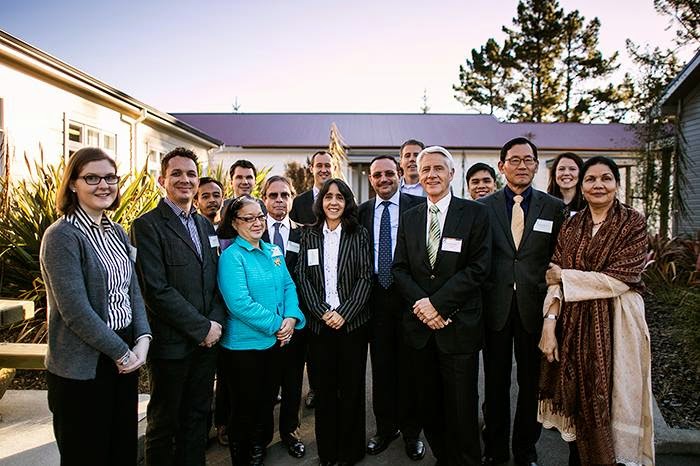 Some of the international diplomats attending our conference with Kennedy Graham 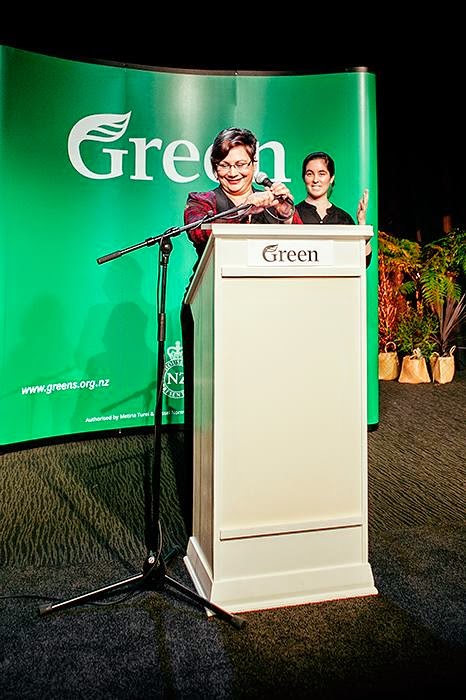 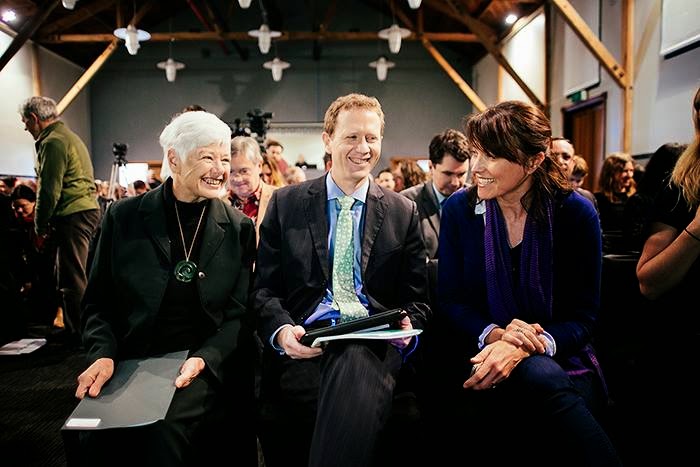 Russel about to launch our climate change policy, sitting with Jeanette Fitzsimons and Lucy Lawless