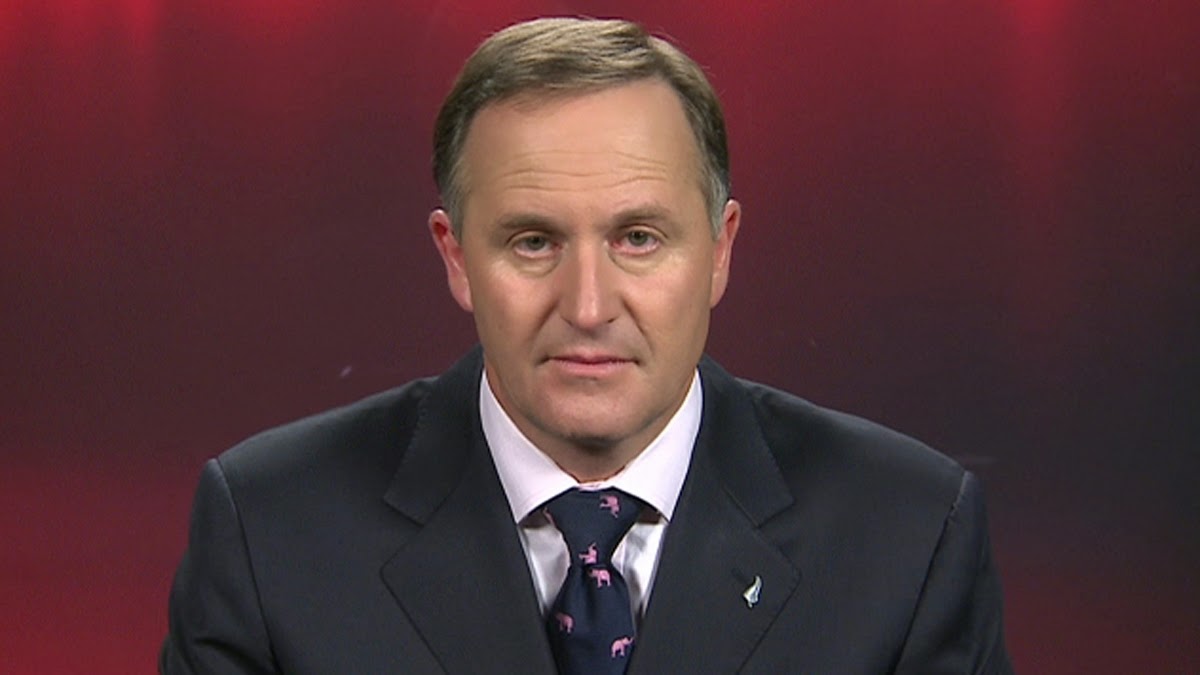 John Key has failed to meet the basic expectations we have of his office, he should resign!

blondewithaniq said…
Thankyou. When John Key warned to the effect arrogance and complacency by Ministers in a third term could jeopardise it that was the most truthful statement he has made in 6years.

bsprout said…
blondewithaniq, I agree, there is a good chance that John Key will actually be the architect of his own demise.
November 30, 2014 at 8:38 PM

Paranormal said…
It's time you on the left built yourselves a bridge - and got over it. if I weas Prime Minisiter i would say to you that i could talk to any New Zealander I like.

Are you going to demand the Green and other lefty MP's that talk to and work with Slater should resign? A case of "put up or shut up" is in order.
December 2, 2014 at 5:09 PM

bsprout said…
I have no problem with the PM talking to a range of people but for the most vile blogger in New Zealand, who specializes in scuttlebutt and personal attacks, to have privileged access to him is not a good look.

The fact that Key favours Slater to mainstream political journalists and openly values his opinion is a huge concern and causes many to question his political judgment and moral compass.
December 3, 2014 at 2:01 PM

Paranormal said…
I notice you avoided the Key element of my question:

Are you going to demand the Green and other lefty MP's that talk to and work with Slater resign?
December 4, 2014 at 12:15 PM

Paranormal said…
Isn't this interesting from the party that believe they promote freedom of speech and freedom of association: http://www.whaleoil.co.nz/2014/12/someone-isnt-telling-truth-russel-heres-clue/

Seems like Stalin and Goebbels its only freedom of speech they agree with that's allowed.
Theres a big H word looming again....
December 4, 2014 at 1:43 PM

Anonymous said…
I would point out that as Prime Minister he is Head of Government not Head of State. That honor lies with the Governor-General as a representative of the Crown. Otherwise, I whole heartedly agree. Key needs to either resign or get impeached. But that's unlikely to happen while National is in power...
January 28, 2015 at 12:51 PM