School Deciles, Another crisis for Parata mess with? 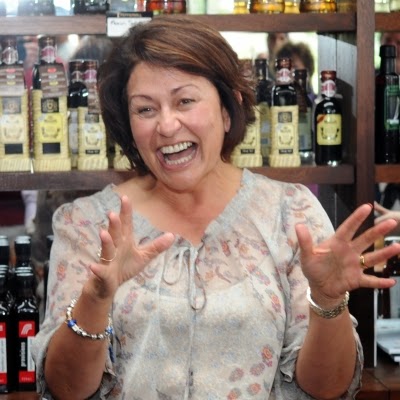 The school decile system came about as a way of creating a level playing field for school funding across different school communities. It was accepted that Government funding, through the operations grant, never actually covers all operational costs. Donations and fundraising activities in each school community were still necessary to make up a shortfall. Obviously affluent communities are more able to raise those extra funds and poorer communities struggle and this needed to be addressed.

The decile rating of a school is based on data from the national census and looks at household incomes, occupations, household crowding, educational qualifications and those receiving income support. Despite some inaccuracies that occur, like the percentage of students who may come from outside the school area, the system has been broadly effective at identifying the wealth of a school community. Despite decile 1 schools getting a much larger amount of funding, however, research has shown that higher decile schools still receive around $1,000 a year more per student after donations and fundraising is included.

The decile rating was normally reviewed every five years but because of the Christchurch earthquake the 2011 census was delayed by a couple of years. The seven year wait for the decile rating review has meant that many more schools experienced a decile change than usual and some of the funding drops have been substantial.

The obvious angst experienced by those schools experiencing a funding cut, and some of the anomalies exposed, has provided the Minister of Education a great opportunity to propose a change. A review of the decile system isn't unreasonable, especially when it has been inappropriately used by many as an indication of the quality of the school. Currently in Southland some of our highest decile schools are under commissioners for issues around management and governance and many of our lower decile schools have excellent ERO reviews. The socio-economic status of a school should not be a judgement on the management of a school or quality of teaching.

I am worried that Hekia Parata may use concerns about the decile system to make changes that may actually deliver worse outcomess. No matter how much some schools may suffer when their decile rating moves, the system does attempt to address inequity in a relatively fair and independent manner. As stated earlier, inequity is only partially addressed through the decile system and could actually be more effective if even more money was provided to low decile schools because, under current funding provisions, high decile schools are still better off. I believe the decile funding system should be retained, but applied in such a way that the classifications of schools couldn't be misconstrued as a judgement of quality.

The other avenue where funding should be directed is to the needs of individual children. I recently taught at a Decile 3 school that had become a magnet for children with disabilities and also had a good number of immigrant children for whom english was a second language. Decile ranking doesn't really take into account elements not related to socio-economic backgrounds. Special Education support funding has been cut back and the threshold for accessing ORS funding is now so high that many children with very high needs struggle to get specialist support and schools with high numbers of children just below the threshold have to work very hard to accommodate them. Schools in wealthy communities and private schools also capture a disproportionate amount of special education funding and students in low decile schools, who are often more deserving, miss out.

Parata has also suggested using National Standards data as a means for targeting funding and it will be interesting to see how she will choose to do this. The most logical way of doing this would be to give the schools with the lowest achievement greater resources, but this could be counter productive if recording lower achievement provided financial benefits. The most likely scenario would be to employ commissioners, or such like, to intervene in schools deemed 'under-performing' which fits the bullying style of governance we have come to expect.

There is also the spectre of Parata's IES policy which will see clusters of schools operating under the leadership of a Ministry appointed Executive Principal. The potential to change the funding model through this may actually be her plan. There may be financial incentives for low decile schools to join clusters and therefore erode the current deadlock where most primary schools are refusing to engage.

After six years under a National Government, one thing is certain, its initiatives are unlikely to meet the needs of the most deserving schools and children.