National, the Greens and Gandhi 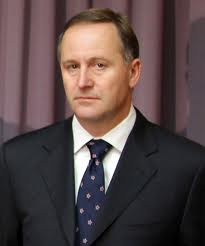 Things are not going well for this National led Government and Prime Minister John Key. Everywhere one looks there is evidence of mismanagement, systems failure and foot in mouth moments:

Two National Ministers have behaved with some integrity when things that they were responsible for turned pear shaped, Nick Smith and Kate Wilkinson both resigned from Ministerial responsibilities in a manner that one would expect from honorable people in such positions. They are unique in this Government because the standard responses from their colleagues in similar situations have been denial, memory loss, shifting blame and personal abuse.

Now that it is unlikely that National will head into the next election with a positive record of constructive change and a booming economy the only thing they can do is discredit the opposition. Since Russel Norman has often been referred to as the real leader of the opposition and the Greens have been particularly effective as an opposition party there have been a growing number of attacks from both National MPs and their supporters. Few attempts are made to address the actual arguments and there is general use of cliched comments and personal abuse.

The right wing blogs are becoming particularly frothy mouthed and desperate and the same ridiculous themes and statements are being thrown about and repeated ad nauseum:


I predict next year will see a ramping up of these attacks on the Green's credibility and as the attacks become more frequent and frantic I will remember Gandhi, "First they ignore you, then they ridicule you, then they fight you, then you win", roll on 2014!

robertguyton said…
That's a very well constructed and representative comment on the state of the Government, bsprout. You have them pegged perfectly. The fun in it all, if there is any to be had, is watching Key behave as if he's pig-shit crazy :-)
November 7, 2012 at 12:43 PM

bsprout said…
Thanks Robert and Shane, it is interesting that I got a negative endorsement for this post and yet no attempt to rebut my points through a comment. It will be interesting to see if any will try and defend either National's record or their strategy to discredit the Greens.
November 7, 2012 at 4:06 PM

Shane Pleasance said…
Although I could never vote green as it stands, I would still rather have you lot than these Nats, just as I would Labour (as they were inder Komrade Klark).

bsprout said…
My understanding of the term watermelon when in reference to the Greens is that we appear Green on the outside but are really "nasty" red socialists on the inside. What's your interpretation Shane?

Shane Pleasance said…
I like the fact that the red target is obvious.

I don't like it when I cannot see the target.