Chris Trotter and the Mandate Word 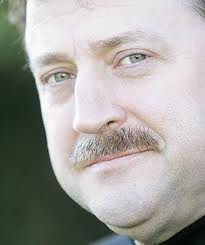 Chris Trotter has written an opinion piece that was first published in a number of newspapers before being presented on his blog. In it he claims that the National led Government have a clear mandate to sell state assets. He has received enthusiastic support from rightwing bloggers who have been using similar arguments for some time.

I believe that the Government has no mandate for the sale of state assets, neither politically nor morally. When I explained my point of view, which was largely based on one of my earlier posts on the same topic,  Trotter called my argument "specious in the extreme". I still stand by my view and find his arguments flawed.

The word mandate, in the political sense, generally refers to the authority granted through democratic elections to govern. If a party that was elected into government after campaigning on a particular policy it is generally accepted that they have received mandate to implement it. This is basically the core of Trotter's argument and at a simple level it is largely true. However when he attempts to justify his view his arguments begin to unravel:

"The sale - partial or otherwise - of state assets was the subject of widespread discussion and debate in the run-up to the election. Indeed, by signalling his intentions well in advance, John Key adhered to the finest traditions of democratic accountability."

It is a bit of a stretch to claim that Key "adhered to the finest traditions of democratic accountability" when the asset sale policy was not really one of the key platforms on which National ran its campaign. For National the 2011 campaign wasn't about policy, it was about personalities. The detail in National's election policies were minimal, especially regarding the asset sales, and the party even refused to have them published on National Radio's election website. Key even acknowledged there was little support for the asset sales but claimed that when people were more informed about them then they would be more positive, however further details were never provided before the election and information provided afterwards was far from convincing. The National Party's election campaign was largely focused on John Key being preferable as Prime Minister and policy detail was brushed aside as the bulk of their campaign energy was devoted to discrediting Goff.

You couldn't even say that the asset sales were "the subject of widespread discussion", the topic received little coverage in the MSM. In fact in the weeks running up to the election the only issue that got much mention was the teacups saga. The policy did receive some scrutiny from other parties and elements of the media and a number of opinion polls indicated public opposition was around 75%.

"With 47.3 percent of the Party Vote, the governing party came within an ace of securing an absolute majority of the votes cast... Any political party racking up such a total is entitled to claim a very strong electoral mandate for all its policies."

To say that 47.3 percent of the party vote provides a mandate for "all" National's policies is a little hard to accept. No matter how remarkable the level of support that the party achieved under an MMP system there were still 52.7 percent of voters who didn't support them. The European Union requires a 65% voter majority for any proposal and any constitutional change in New Zealand requires a 75% majority of MPs. One would think that selling our state assets would require more than 47% support.

"the public understood that a vote for National was a vote to privatise 49 percent of Solid Energy, Meridian, Genesis and Mighty River Power. Nearly half of them voted for the Government anyway."

This is a huge assumption and ignores the fact that voters were weighing up many considerations from who they preferred as a Prime Minister to Labour's unpopular policy to raise the retirement age. Despite Labour's attempt to make it otherwise, there is no way voters regarded it as a one issue election. Key's popularity was also based on the assumption that he was responsive to public feeling and would change tack if a policy wasn't supported. Many who voted for National probably thought that the asset sales would not actually occur.

"New Zealand’s representative system of government entrusts the administration of the nation to the political party, or parties, which alone, or in combination, command a majority in the House of Representatives. National and its allies played by these rules – and won. Their performance referendum is scheduled for 2014 – and it’s binding."

This widely stated view suggests that democracy ends after polling day and that any Government need only acknowledge the views of the voting public when the next election occurs. Taking this narrow legal view ignores the need to follow good democratic process and responsible decision making over the three years in office. New Zealand is unique in that our constitution is not contained in one document but consists of a collection of statutes, treaties, court decisions and unwritten constitutional conventions. Many of those conventions, like the use of Select Committees, were established to ensure ongoing democratic input and public consultation.

There were1430 written submissions received by the Finance and Expenditure Select Committee regarding the "Mixed Ownership Model" legislation and 100 of those submissions were presented orally. Practically all submissions (1421) were opposed to the Government's plans. Not only were submitters treated with some disdain from the National Party members of the committee but the chair, Todd McClay, demanded that the deliberations be cut by six weeks. This undemocratic process became even more pronounced when it was revealed that Treasury Officials had written their final report before all the submissions had been fully heard and considered.

When a Party wins a mandate to govern there is also an expectation that they will do so responsibly and also recognise the intent of the voting public that gave them that power. A mandate to govern shouldn't also mean a mandate to ignore public opinion and select committee submissions.

When John Key supported John Banks' right to continue as an MP he chose to use the minimum legal requirement and ignored the general belief that Banks had lied and was not of fit character to hold office. Trotter has done the same thing with his essay, he has provided justification for the Government to continue with the sale of important strategic assets by ignoring all the other expectations of what should constitute good governance. A policy that was promoted by a party with 47% support, was opposed by three quarters of voters, had 99% of select committee submissions against it and fails independent economic analysis is not one that can claim to have a mandate for implementation.

bsprout said…
I'm sure he would be very charming and attentive if you gave him a chance, Shane, and you would have some lively discussion. :-)
January 15, 2013 at 2:32 PM