No Real Men Left in NZ? 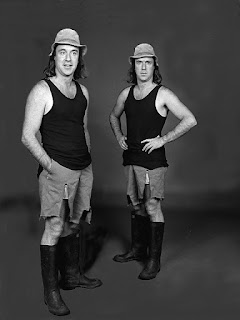 My son was offended by a letter to the Southland Times that suggested that the reason dairy farmers were having to employ workers from outside New Zealand was because there were no "real men" in New Zealand who were capable of manual labour. I thought my son's response was worth republishing on my blog as it also relates to the Green Party's recently released discussion paper on the ICT industry. I should note that there have been a number of letters also published in the Southland Times suggesting that dairy farmers will continue to struggle getting local workers when the pay and conditions they provide are generally very poor.

After reading Mervyn Cave’s letter regarding idle youth (January 8) I had to double-check the date on my copy of The Southland Times. As it turns out, it was not 1963.

In response to a shortage of manual labourers, he blames an “electronically castrated” generation of men, constantly “messing about on computers”. As a product design student, I admit most of my time is spent writing essays, 3D modelling and photoshopping images on a computer, and very little of it spent lifting heavy things and grunting. Does it make Mr Cave uncomfortable that such “slugs” designed nearly everything he owns?

I can imagine many women would also be insulted at the outdated insinuations that they are incapable of driving trucks or picking fruit; their role merely to marry and look after the “real men”.

The fact is that able-bodied youth of both genders exist in plenty, but fulfilling and well-paid work is increasingly to be found in the digital world. It is not issuing work permits to “real men from the Third World” that will solve Mr Cave’s labour problem, but offering real incentives to strong Kiwi blokes and blokettes. Can we be blamed for trying to escape the rank and file of New Zealand’s ever-expanding low-wage economy?

Maybe when this government starts respecting workers at all levels of the food chain they won’t attempt to upskill and leg it to Australia at the first opportunity they get. 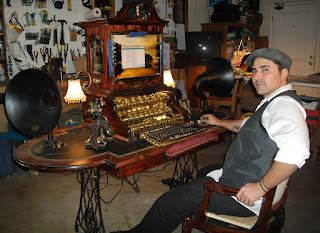 The future of work for young New Zealand men?

Anonymous said…
Right on! Dairy farm labouring should be well paid. It is hard, dirty work in the sheds. And there is a lot of money sloshing around in the dairy industry. More of it should go to those workers sloshing around in sh*t.

Anonymous said…
A friend of mine cuts large lawns and gardens for a cleaning company, out in the blazing sun most days - he gets about $12.50 in the hand per hour!!!! AND he has a travel bill of about $60 per week to get to work. You might say, "sucker", but jobs are hard to get, especially accounting for personal circumstances.
Who works harder - the white collar worker, or the guy busting a gut?
Frida
January 11, 2013 at 10:54 AM

bsprout said…
Frida, I don't think you can really compare jobs. As a teacher I have taught 5 year olds through to secondary school. A day with 5 year olds leaves me more exhausted than any other age group. Many people who worked hard physically in earlier years often died young because their body just broke down after years of intense labour. For people like that, giving their life to their job was literal. The most dangerous jobs are forestry and fishing, they are both physically demanding and have the highest accident/mortality rates.

In terms of hours worked many young doctors can work over 80 hour weeks and as a teacher 70 hours a week wasn't unusual. I guess there are many definitions of "hard" work but I guess the bottom line is that all work should be valued and no one who works full time should earn a wage that won't enable them to live comfortably without further financial assistance. We now have a huge number of "working poor" in NZ who cannot survive without financial support to top up meagre wages.
January 11, 2013 at 11:45 AM

Gordon Phillips said…
"Many people who worked hard physically in earlier years often died young because their body just broke down after years of intense labour."
Really? That common?
Does working hard in forestry really kill people? And in fishing?
I can understand them dying from accidents, particularly with the prevalence of cannabis use amongst forestry workers, but dying from hard work in this day and age seems preposterous.
Who else knows about this?
January 11, 2013 at 10:33 PM

bsprout said…
Gordon, my reference to those dying because of hard work was in reference to over fifty years ago when much more was done without machinery. People involved in the forest and fishing industry die through high accident rates and farming is up there too:
http://www.stuff.co.nz/business/industries/7830401/Most-dangerous-jobs-Farming-fishing-forestry
January 13, 2013 at 3:20 PM

Gordon Phillips said…
"Gordon, my reference to those dying because of hard work was in reference to over fifty years ago when much more was done without machinery."

"People involved in the forest and fishing industry die through high accident rates and farming is up there too:
http://www.stuff.co.nz/business/industries/7830401/Most-dangerous-jobs-Farming-fishing-forestry"

I followed your link, thank-you, and the final sentence said this, in reference to 2011:

bsprout said…
Gordon, this appeared on the site for the Ministry of Business, Innovation and Employment, claiming that in 2011 there had been 10 deaths in the forest industry over the past three years and over 500 serious injuries. The fact there was only one death last year is cause for celebration but the article that I originally linked to did say that the industry created one of the highest levels of claims to ACC.

I think you are being a little pedantic about my conversational observation that many people in the past did have to work physically hard and that it took a toll on their bodies. I'm not sure what you are wanting to prove by wanting me to be specific about a general comment regarding the changing nature of work.
January 15, 2013 at 10:16 PM

Unknown said…
The story really rises the questions and needs to be focus on this matter.
farm sheds nz
July 10, 2013 at 7:53 PM