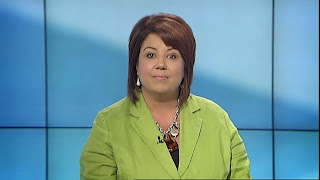 Paula Bennett has been very stubborn regarding calls to measure child poverty. She used to claim they are a Government that does things rather than just measuring things, but she has been asked so often that she now states that they use multiple measurements for poverty. When questioned about what those measurements are and the progress against them, Bennett refuses to give a straight answer.

Regarding a child poverty strategy, the Government obviously has none and resorts to listing the money spent on immunisation, insulating homes and dealing with child abuse. While all the initiatives are useful they hardly constitute a strategy and, in the case of the home insulation scheme, it still hasn't had an impact on the cheaper rental housing that most poor families live in. Obviously most initiatives are just addressing the symptoms of poverty and the real causes are being ignored.

The Government now appears to be alone in thinking that they are being effective in addressing child poverty, with a continual stream of NGOs and authorities exposing failure:

Levels of child abuse are soaring, inequality is growing at a faster rate than most OECD countries and our ranking in educational achievement has plummeted. The Government refuses to measure child poverty, has no strategy to address it and has no meaningful way of reporting on progress. While Paula Bennett may disagree with with all the criticisms of her Government's performance she has no reliable evidence to prove otherwise.

Shane Pleasance said…
"The government is not caring and compassionate. It cannot replace families and community. The welfare state is unsustainable economically, socially and morally."

Pretty sure I read that somewhere.

Countries that score best in six different measures for child health are Netherlands, Sweden, Denmark and Sweden. All of these countries have comprehensive state support. http://www.unicef-irc.org/publications/pdf/rc7_eng.pdf

While I agree that community and families are highly important in supporting children it is still difficult for caring families to survive on incomes beneath the living wage and having to exist in substandard housing.
December 9, 2013 at 10:01 AM

Shane Pleasance said…
What do you suggest is the solution to your apparent problem?
December 9, 2013 at 3:56 PM

bsprout said…
Establish a living wage to lift the working poor out of poverty, a greater focus on the $6 billion dollars of tax fraud rather than mainly focussing on benefit fraud which is a small fraction of fraud, a warrant of fitness for rental housing (it is illegal to rent a car without a warrant but fine to rent a substandard house), give more status and support for those who wish to stay at home to look after their children up to school age, make schools service hubs where nurses and social workers are accessible and can support struggling children and families, provide support that helps families to be self sufficient, use urban planning to encourage stronger communities….
What would you do Shane?
December 9, 2013 at 4:07 PM

EmmittBrownBTTF1 said…
While these out comes are appalling to many, Behind closed doors Paula's reaction is a little different. After dutifully making sure the heavy Rimu doors are firmly closed she spins around throws both fists in the air and mutely yells "RESULT!" before walking to her desk with a little hop in her step secure in the knowledge that she has progressed this nation toward a feudal fascist Utopia and a greater hope of taking archery lessons with beneficiaries as targets.

There is something not right with this woman, if that is what she is. She seems like an advert for the "reptilians are hijacking government hypothesis". Next she be drug test us all, but where is her drug test?
December 9, 2013 at 6:13 PM

bsprout said…
EmmittBrownBTTF1, every time this Government is faced with an embarrassing crisis, Paula is wheeled out to provide a distraction with yet another beneficiary bashing initiative. She is one callous lady.
December 9, 2013 at 10:27 PM


"...a greater focus on the $6 billion dollars of tax fraud rather than mainly focussing on benefit fraud which is a small fraction of fraud"


"...a warrant of fitness for rental housing (it is illegal to rent a car without a warrant but fine to rent a substandard house)"

You would set standards for rental homes?


"...give more status and support for those who wish to stay at home to look after their children up to school age"

Status and support? What does that mean?


"...make schools service hubs where nurses and social workers are accessible and can support struggling children and families"

Health care and social workers in schools? What would they do?


"...provide support that helps families to be self sufficient"

How would you do that?


I have already told you that the government should NEVER be given a mandate to use its monopolistic force on peaceful people.
But this is your blog, and I am interested in the operationalisation of your strategy.