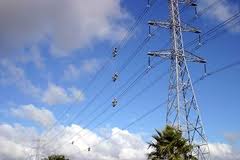 Surely the long term aims of any Government should include generating enough revenue to pay for core spending and to create the right economic climate to encourage sustainable business development.

This government has a hands off approach to generating economic activity and they openly support ongoing deregulation and taxing less as their key tools for economic development. National strongly believes that the market can find its own solutions to issues such as the increasing costs for fossil fuels and shifting to more sustainable business practices. When asked by Gareth Hughes to describe the Government's strategy to deal with future oil shortages, Bill English replied that the market will adjust without support. National also looks for easy solutions to ensure energy supplies and continues our dependency on fossil fuels by opening our territorial waters for oil exploration and our land for coal mining and fracking. Before investing much in alternative energies they want to wring the last drop of fossil fuel out of our country first, even if doing so exposes us to potential harm and delays the transition to renewable energies.

When the National led Government gave the wealthy tax cuts it also cost them a considerable revenue stream. To maintain the cuts and to support future core spending on education and health, without resorting to even more borrowing, quick cash was needed and selling off a few assets was the most obvious solution. The assurance that the country would retain a controlling share does not provide much comfort to many who still have memories of the asset stripping and loss of sovereignty that occurred in the past. Surely it would be better to hold on to our state assets and use their economic strength to support new businesses development and generate revenue through energy bonds that could be purchased by mum and dad investors.

Smart taxation generates revenue and can also shift spending into more productive areas. A capital gains tax is a smart tax and if we had one some years earlier we wouldn't have seen the over investment in property and the steep rise in farm prices that has restricted farm profitability.  Targeted taxation can also fast track changes in business practice and by placing a charge on the commercial use of water it will force businesses to use the resource more efficiently as well as funding the work to protect our rivers and lakes. Considering that it takes at least 100 litres of water to make 1litre of milk, many farmers have the supply and protection of a key resource subsidized and this isn't sustainable economically or environmentally.

Government regulations provide protection from exploitation and potential hazards that can occur when industries and businesses push to maximise profits. To reduce regulations and rely on the goodwill of business to put people and the environment before profit is naive in the extreme and resulted in the $11 billion dollar leaky building debacle and the Pike River Mine disaster. That this government hasn't learnt its lesson from these and is still pushing for industry driven standards is a real concern. Smart regulations can provide incentives for businesses to invest in better practices or energy uses that may not be immediately useful but will ensure sustainability in the future. A business owner I spoke to recently said that he was forced to use coal rather than electricity because the former was far cheaper and although he wanted to be carbon neutral, there was no incentive to do so.

One of the most compelling arguments against less regulation is to compare the economic performance of countries that have few regulations to those that are highly regulated. New Zealand is one of the most open economies in the world and we are currently ranked the third, after Singapore and Hong Kong, for being "business friendly". Despite this our economic performance hasn't been startling and the costs of deregulation (leaky buildings) appear to outweigh gains. Argentina is a country not too dissimilar from New Zealand, it has an agricultural base and is rich in natural resources and it has seen a 102% increase in GDP over the last five years despite having far greater regulatory controls. Norway has a similar population to New Zealand and it has become hugely rich by maintaining state control of its strategic natural resources.

Going down the road of asset sales and greater deregulation is just setting our country up for failure!