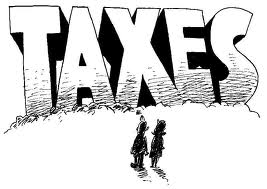 New Zealand stifles its poor with much heavier taxation than in Australia and because half of New Zealand  income earners earn less than $28,000 it is also stifling our domestic economy. The median wage in Aussie is over $40,000. A simple comparison between the two tax regimes makes interesting reading.

Australia also has a capital gains tax while we do not.

No wonder a huge number of our working families need financial support and can't survive on their incomes.