It's Not So Hard Being Green! 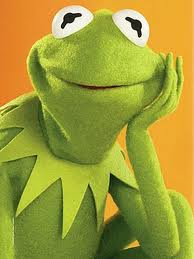 Tomorrow the Green Party are having a campaign launch on the Wellington waterfront and I just spent a very pleasant evening dining out with our national campaign team and many of our candidates. I was sitting opposite John Field, our National Secretary and beside Eugenie Sage, who is number six on our list and a likely MP.

John has a long history with the party and his name has featured on all our advertising for at least two elections. He often reminds us that if we muck up with our billboards, or anything else regarding the Electoral Finance Act, he may end up doing time. John is a stickler for good process and many, including myself, have been on the receiving end of one of John's strongly worded reminders of the rules and how we stuffed up. Every party needs someone like John to keep them on the straight and narrow and in past elections John's patience would be wearing pretty thin at this stage of the campaign as we struggled with the workload and a multitude of enthusiastic but not always knowledgeable volunteers. I noticed a much more relaxed demeanour in John this evening as although we still have huge pressures in our national office we have reached a point in our party's development that we can employ knowledgeable and capable staff.

Eugenie comes from a similar mould as our much beloved ex-leader Jeanette Fitzsimons, they both exude a calmness that comes from an impressive knowledge base and a quiet determination to follow through on their beliefs. I know that Eugenie will make very conscientious and effective MP and it was great to share a meal with her before this becomes a reality.

One topic of conversation was the very positive Herald article profiling the non MP candidates in our top fifteen. The fact that they felt the need to profile James Shaw, our suave and super organized number fifteen, must indicate that they think there is a strong possibility of him being successful. Truly exciting times.

We had been provided with the back room of a popular local restaurant and the evening crackled with the electricity of multiple, excited conversations as we shared our campaign successes. With three weeks to go and hitting 10% on one of the more conservative polls we all felt we were on the cusp of something momentous. Of course November 26 will determine whether our current euphoria is justified or not, but at this moment, and in this place, it wasn't so hard being Green!