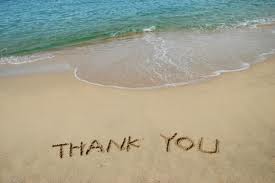 The Greens have much to celebrate, our campaign has been widely praised as the most effective of all parties and we have achieved our goal of getting more than 10% of the party vote. We had hoped to get our top 15 candidates into parliament but James Shaw just missed out. This was a real pity because the Wellington Central campaign he led was probably the most comprehensive of all the Green campaigns and was only 12 votes short of pipping Labour.

The Greens will make history when Mojo Mathers becomes the first profoundly deaf MP to be elected, while Mojo didn't get in on the initial voting she is likely to do so once the special votes have been included.

As for my own campaign, I had hoped we could double the Green vote in Invercargill and we almost did that by raising the 4.26% we got in 2008 to just .1 away from 8%. I must admit that I was a little disappointed as the impression I got throughout the campaign indicated a greater level of support. Three factors probably created barriers to our final result, the first was the effective blocking of my appearance on CUE TV's "Election Special". While it wasn't exactly a riveting show, and at most may have only reached a couple of thousand viewers, it would still have reached a much greater audience than the seven candidate forums I attended. The audiences for these meetings ranged from one to about forty and many of the people who attended them were the same. What was especially frustrating was the fact that the questions posed on this programme encompassed many local issues that I have had a direct involvement with and at a much greater level than the other candidates.

The second negative influence was probably voter apathy. Around 5,000 fewer people voted in Invercargill than in 2008 and many of those were from the less affluent suburbs. The fact that the total votes for both National (3,000 less) and Labour (2,500 less) were considerably down from the last election, the greens increase of 1,000 was significant and should be celebrated.

Winston Peters provided the third influence, with his party vote almost doubling in Invercargill despite having no local candidate and only a couple of small billboards to indicate their existence. In most polling booths the Green vote doubled around Invercargill but many of the booths, where we did best in the last election, did not show the same growth. It was in these areas that New Zealand First was strongest and in a number of them scored higher than us. The power of mainstream TV is obviously a huge influence on voters and the prominence of Peters in the last couple of weeks was extraordinary. The tea cup fiasco played right into his hands, as a conspiracy theorist there is none better than Winston and he milked it to the utmost. While the Greens exposed real concerns around National's plans for the unpopular asset sales it was what Peter's hinted to, regarding the contents of the tea cup tapes, that got full media attention. The fact that he often shared billing with Key and Goff ahead of the Green leaders on national media was very influential and almost trumped the huge effort in leafleting, billboards and local campaigns the Greens had committed to.

To end on a positive note, we will probably have 14 MPs in parliament (the most we have ever achieved) and the ability to share the workload and use the increased resourcing generated will be hugely valuable in growing our Party even further. Watch out 2014!

Deborah Kean said…
If you go with National and support their plans, you will never be forgiven.
http://www.stuff.co.nz/national/politics/6042069/Nats-offering-raft-of-pledges
November 27, 2011 at 6:53 PM

bsprout said…
A supply and confidence agreement is practically ruled out at this stage, Victorina, and National don't need the Greens to control government. We will probably look at some sort of memorandum of agreement like had had over the last few years to progress our priorities like cleaning rivers and home insulation. We would never support National's plans that don't fit our own policies. I know I will personally be involved in actively opposing National's plans for education and the sale of state assets.
November 27, 2011 at 7:39 PM