Overblown Management Salaries Not Being Earned 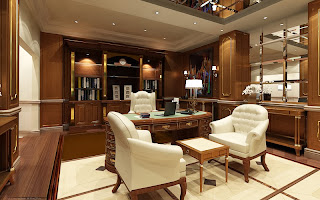 Fonterra's independent inquiry into the botulism scare made 33 recommendations to improve on current practice. One area that was identified was the "lack of senior oversight for crucial decisions". Fonterra's last boss grossed over $40 million over his eight years heading the company and was paid an $8.2 million golden handshake when he finished. 26 Fonterra managers earned over a million dollars each over the previous year and a number of them would have had some part in overseeing the botulism incident and the fact that it was managed so badly is concerning.

It has been very apparent that during the so called recession we have seen a tight reign on wage increases but some spiraling increases for managers and CEOs. The number of high profile company and department heads and well paid boards of governors who have failed to provide the oversight they are paid to do is a regularly reported phenomenon:


If managers and CEOs get paid over 40 times what many of their employees earn, and over double that of middle managers, one would expect a high level of oversight and an exceptional level of skill and expertise. This is plainly not the case, these people may actually be very capable but I am sure there would be many who work beneath them who could also do the work if given the opportunity.

If the pay of our managers and CEOs weren't significantly greater than the average employee there wouldn't be the expectation of superhuman performance and more likely to be shared responsibility of outcomes. Research also shows that if employees are paid well and have the ability to have an input into the management of a business then their productivity tends to be higher.

I like the idea of a CEOs salary being linked to the lowest wage in the business. If the CEO's salary was always set at 12 times the lowest wage, for instance, then any increase in profitability and productivity would have to be shared. I have difficulty understanding why any CEO should earn more that 12 times the lowest paid employee because even if it was based on the minimum wage it would still be $343,000.

The last CEO of Fonterra earned $5 million, a salary 174 times greater than the minimum wage...

bsprout said…
Shane, as I said if a manager/CEO's salary was linked to the pay of their employees (say 12 times lowest paid) then the out of control inequities of income would end and pay for all will be linked to productivity.

When employees increase productivity (and profits increase), rather than those at the top giving themselves all the benefits it must be reflected right through the business.

If we look at large employers such as Rymans rest homes, most profits are funneled into buildings and the incomes of the management, the staff who do the work inside the homes earn little more than the minimum. Taxpayers are having to subsidise wages for employers through the $3 billion spent on working for families and the housing supplement.
November 2, 2013 at 12:07 AM

Shane Pleasance said…
So you would intervene into the pay of private enterprise employees?
November 4, 2013 at 11:07 AM

bsprout said…
As exists now, there needs to be some regulatory controls to ensure that employees are not exploited and minimum pay and health and safety conditions are adhered to.

You're not suggesting that employers should be able to pay what they want and people would have a choice to accept those terms or not?
November 4, 2013 at 8:31 PM

So you would intervene FURTHER into the pay of private enterprise employees?

There are already regulatory expectations on employers to meet certain obligations around pay and conditions. Many are inadequate at ensuring people can earn a living wage for their labours and have safe working conditions (Pike River). Obviously more interventions will be necessary to ensure employers fulfill their obligations in these regards.

What is your opinion regarding living wages and safe working environments?

Shane Pleasance said…
I am not into obfuscation.

Your blog post implies that you recommend a maximum wage, comparative to the minimum.