Local Bodies and the Green Tide 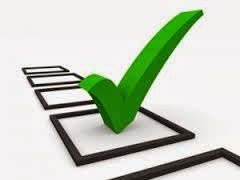 For the first time the Green Party supported local body candidates under our green banner. There were three reasons for doing this:

We also ensured that we had quality candidates and all those who wanted to stand for us had to go through a similar robust selection process that we use for our national election candidates. Local body representatives do not have the same level of support and resourcing as our MPs so we needed to insure that our candidates had a good understanding of their roles and that there was solid support from their local Green branches.

Local body elections have shown declining levels of participation and reason for this has been widely discussed but I believe apathy is not such big part of it as some would think. Many people spoke of the difficulty they had in determining who they were voting for. The majority of candidates were unknown to voters and even the biographies provided with the voting forms were not enough to provide a clear indication of future performance. Local media were generally not able to provide much information on campaigns and little critique of performance, so many voters were voting blind or ticking familiar names (which is probably why incumbents are more likely to be re-elected regardless of performance).

David Farrer has claimed that party politics has no place in local body elections and he expressed the view that the voting public don't want it. This has been disproved by the success of our Green candidates across the country, a high percentage were successful and many more missed out by narrow margins. Corin Dann, on Q&A, thought that the low turnout was due to the fact that people did not know what many candidates stood for and the fact that the Greens were able to do that successfully worked to our advantage.

While Green branded candidates were successful in getting elected to many councils and boards, our strongest result was in Wellington where green leaning Mayor Celia Wade Brown was returned and all five Green candidates who stood for the city or regional council were successful. A green tide of change is slipping in across the country and our future is looking brighter.