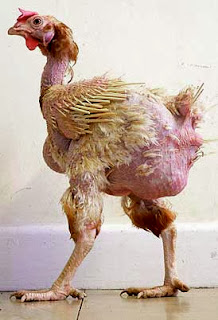 When National grasped the reigns of power they had two agendas, their neoliberal semi-secret one and their public one.

Their secret agenda was well described in Nicky Hager's The Hollow Men and it hasn't changed much from the Brash vision pre 2005. The National Party is no longer the broad church it was in the 1960s; champions of small business, farmers and rural New Zealand. Over the last twenty years it has become much more an enthusiastic advocate for big business and their door is always open to well paid PR people and corporate lobbyists.

National never campaigned on giving large tax cuts to the wealthy, gifting tens of millions to private schools and providing corporate subsidies to the likes of Warner Bros, Rio Tinto and Sky City, but it happened anyway. Making sure employment law favoured employers and further marginalizing unions was also a secret priority, as was removing impediments to business developments by weakening environmental protections and limiting community consultation.

They have largely achieved their secret agenda and their rich and corporate supporters have benefited hugely and New Zealand now has the fastest growing income inequality in the OECD. John Key and his cabinet mates have enjoyed all the grateful attention of those who they have served so well.

The National Party's public agenda hasn't gone so well and they have largely failed to deliver on the assurances and promises they made to ordinary New Zealanders. They were going to bring prosperity to us all and lift our incomes to that of Australia. We were going mine and drill for valuable minerals (where ever they may be) and build many Roads of National Significance. They wanted mum and dad New Zealanders to profit from the partial sale of our state owned enterprises, not only would it allow many more of us to profit from valuable shares but we would have more money to build schools and hospitals. If all else fails we can always rely on a rapidly expanding dairy industry. They planned to grow chickens into golden geese and everyone was supposed to benefit.

Things have not gone to plan, the chickens are coming home to roost and they look more like damaged battery hens with no sign of a golden egg and only a few handfuls of crumbling lignite briquettes instead. It's a sad story indeed:

After five years of a National led Government the top 30% of earners have done well but the remaining 70% are becoming aware that the promises and plans directed at them have been poorly researched, shockingly implemented and are largely falling apart. We have experienced governance of the rich, by the rich, for the rich and the rest of us are becoming even more aware about what we need to do in 2014.

bsprout said…
Lets hope so, especially after Metiria's experience in the House yesterday. I can also see from the Len Brown affair that the 2014 election may become a battle in the gutter.
October 18, 2013 at 10:24 AM

Armchair Critic said…
It's time to start thinking about how many seats each party will (or won't, in the case of National, ACT and MP) win.
October 18, 2013 at 9:54 PM