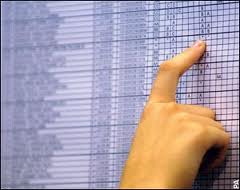 I wonder what really motivates our Prime Minister John Key and his colleagues regarding their intense fixation with education (although I do have my theories)? Considering the huge issues we have with child poverty, a budget that won't balance, an ACC system that is highly dysfunctional and a city struggling to rebuild after an earthquake and we see eduction receiving all the attention instead.

Hekia Parata, the Minister for Education, has made it clear that the major priority for this government is the achievement of Maori and Pacifika children and yet I am not aware of anything they have introduced that will realistically address this issue. National Standards have not helped, shutting down residential schools and health camps haven't helped, sacking most of our advisors hasn't helped and under-resourcesing Ka Hikitia (which was designed to actually address the problem) hasn't helped either. The government even tried to increase class sizes by claiming it would improve teacher quality and thank goodness they backed down on that one!

Balancing the budget probably does have an influence on government thinking and education does pose a problem in this respect. There have been some increases in spending in the sector but what most people don't realize, and the government doesn't advertise, is that the bulk of the new spending goes to mitigating an issue caused by a past National Government. $1.5 billion will have to be spent to fix and rebuild leaking, substandard school buildings that were constructed after National changed building regulations in 1991. In an attempt to balance this necessary spending there have been widespread cuts to professional support, specialist schools and even the Ministry of Education itself.

John Key is determined to win at least one battle against education professionals where parents will support him. League Tables won't require much money (just teacher and Ministry time in collecting and collating data) and having a system for comparing and ranking schools appeals to many. It all sounds very simple and logical, we can do it for sports competitions so why not for schools? Parents should be able to see how their school compares in performance to other schools in the country for both reassurance or to choose a new one. The trouble is, it isn't simple or logical and lots of questions arise:


It all sounds like another half baked populist idea that doesn't stand close scrutiny, all the most successful countries for educational achievement (and that includes New Zealand) don't use league tables. I'm not holding my breath while I await answers to these questions as we are still waiting for answers to queries regarding National Standards, Charter Schools and PPPs and that didn't stop the Government from introducing them anyway.