Why Finland Leads in Education 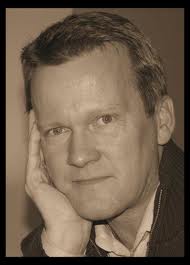 I am now relaxing after an intensive but successful NZEI Te Riu Roa annual meeting and  conference and I feel very honoured to have been elected onto our National Executive for another term.

We had three major reports presented, one on the future of the teaching profession, and the other two about educating Maori and Pasifika for success. We watched an amazing video that celebrated the success of some Maori siblings (three brothers and a sister) who have become leaders in Maori education because of the support of their parents. We had a sobering presentation from our Children's Commissioner, Russell Wills, who is adamant that more needs to be done to address child poverty. However, it was the presentation from Pasi Sahlberg, an internationally respected educationalist, that most impressed me.

It was the first time Pasi had visited New Zealand and he did not want to pass judgements on our own education system. He did warn us about a shift in the way education was being delivered globally through the aptly named GERM (Global Education Reform Movement). This movement focuses on four main elements that Pasi claims do not support a strong and effective education system. The four elements are:

Over three decades the Finns reformed their education system by doing the opposite.

Instead of competition they encouraged collaboration. Instead of teachers and schools keeping their good ideas to themselves, so that they could do better than others, ideas were shared and everyone benefited.

Instead of a system of standardisation, or one size fits all, the Finns encouraged the customising of the curriculum to suit individual needs and at least a third of their children had individualised learning programmes.

Instead of promoting school choice and a system of elitism, all schools were supported to do well and the schools with the most need got the most funding.

Instead of test based accountability for teachers the Finns raised the status of their teachers to one of the most respected professions and made sure that they were all well educated and qualified. The teachers were trusted to to do the job that they were trained for.

Pasi also explained three key education policies that their government supported:
Using Pasi's educational lens, how would the National led Government's policies stack up?  Just have a look at the four elements of GERM.

See country rankings for Reading, Science and Mathematics here. In reading the UK is 8 places behind us and the US is 29. In Maths the UK is 12 places behind and the US is 20. Both countries are a little closer for science because this gets little support in New Zealand (all the advisors were sacked and it is not part of National Standards), and yet the UK is 5 places behind and the US 20. If we are going to emulate any system it should be Finland's and yet the Secretary for Education (leading the Ministry) has been imported from the UK and the new systems we are inflicting on our children are from both of these lower ranked countries.

Associate Professor Peter O'Connor from the University of Auckland provides an illuminating and concise explanation of why Charter Schools will seriously threaten our quality public education system in this video.

Pasi had an appointment to meet with the Minister of Education and I wonder if she will just listen to him as she has listened to the people of Christchurch...

Draco TB said…
Pasi had an appointment to meet with the Minister of Education and I wonder if she will just listen to him as she has listened to the people of Christchurch...
I feel positive that she will listen to Pasi as much as she is listening to the people of Chch - i.e, not at all.
October 4, 2012 at 10:35 PM

bsprout said…
I agree, Draco, it would mean rejecting all that they hold dear regarding education, league tables, Charter Schools, performance pay, National Standards and not collaborating with the profession.
October 5, 2012 at 12:12 PM